Samuel Blaser Consort in Motion, A Mirror to Machaut

Samuel Blaser Consort in Motion
A Mirror to Machaut
Songlines

A member of the Organissimo forum called the first Consort in Motion CD “a minor masterpiece,” and I would have to agree. That self-titled release on Kind of Blue had an ambitious concept: Adapt the early Italian baroque music of Monteverdi, Marini and Frescobaldi to a modern jazz ensemble. For the follow-up on Songlines, Blaser retains Russ Lossing on piano and brings in Drew Gress on bass and Gerry Hemingway for the late Paul Motian on drums. In addition, he adds a second horn in clarinetist/saxist Joachim Badenhorst.


Listening to A Mirror to Machaut without reading any background on the recording will lead one to ask why it shares the Consort in Motion label with the first CD, as the execution is much different. Not only is there the additional texture of the reed instrument, mainly clarinet, but Lossing adds Rhodes and Wurlitzer electric piano to the mix. On further inspection, the two recordings share the overarching concept of blending early music forms with jazz improvisation, this time around the late medieval music of French composers Guillaume de Machaut and Guillaume Dufay. 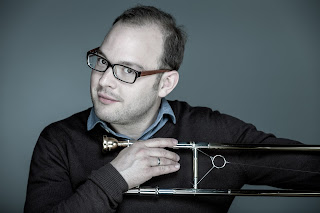 The tracks featuring compositions by Machaut are brief, almost too brief at times. Douce Dame Jolie features some lovely clarinet that feels cut short by the abrupt ending. The longer tracks, all composed by Blaser, alternate between a restrained, moody chamber group feel and a more funky, electronic-tinged approach. When Lossing cuts loose with some distortion and Badenhorst comments on bass clarinet, echoes of Bitches Brew are evoked. Add the trombone and you’ve got definite comparisons on those cuts to the Mwandishi band and Julian Priester’s forgotten classic, Love, Love.

The individual performances on A Mirror to Machaut are flawless. Lossing has always been very cerebral on anything I’ve heard from him, so it’s fun to hear him cut loose a little. Badenhorst is lovely on clarinets, Gress is his usual superb, subtle self and Hemingway presents a nice mix of restraint and heavier tom tom action. A Mirror to Machaut is not as cohesive as its predecessor, but it’s a rewarding recording on its own terms.
Posted by Unknown at 12:33 PM No comments:

"What type of music can represent the contemporary world? Doubtless it would be modern music, the type of music that has its roots in the reality of daily life, that reports on social upheavals and the fact that the majority of the public couldn't care less about music. At the same time there would have to be — as is true of any truth — something sensational about it and to this aim it would suffice for it not to be false..." Fred K. Prieberg, Musica Ex Machina, Berlin, 1960. (From the Setola Di Maiale website)

I have Stef’s Free Jazz Blog to thank for introducing me to the Italian musician-owned label Setola Di Maiale and to Gianni Lenoci’s album Empty Chair in particular. Setola Di Maiale (which according to Google Translate means “Bristle Pig”) is a musician’s collective started in 1993 by drummer Stefano Giust to document work in a high-quality CDR format. As the website states, “Self-produced music and DIY attitude inevitably are the only way for (a) certain type of music to exist, in a market that either is clearly not there, or is stereotyped.”

For Empty Chair, Lenoci’s quartet is augmented by Taylor Ho Bynum, and the result is a stellar effort in which compositions, mostly by Lenoci, are interspersed with a series of duets between Bynum and each band member. The album is capped off with a collective improvisation. The compositions are intriguing, building episodically rather than in a head-solos-head manner. The duets fold in well with the composed pieces, and there’s a very cohesive feel to the whole album.

I’m generally steering clear of free improv dates these days, as I feel that there are relatively few musicians who can sustain interest in that format. This one, however, is an exception. I don’t know how long this group has been playing together, but they are a very close-knit unit. That they can turn on a dime from intense rumbling passages to sparse meditation has me wondering if maybe there are composed elements to this, or some kind of pre-arranged structure. At any rate, I like that there’s an underlying sense of purpose behind the music, it’s not just meandering about.

Guazzaloca uses dark, dense clusters that will remind you of Cecil Taylor, but he’s not a slavish imitator and has his own language as well. Guist alternates between a Cyrille-like fleetness and something heavier, almost tympani-like in places. Gerold concentrates on the “natural” sound of the flute rather than extended techniques and impresses as well. Here's a clip with some of the music:


Both can be ordered through the Setola Di Maiale website. 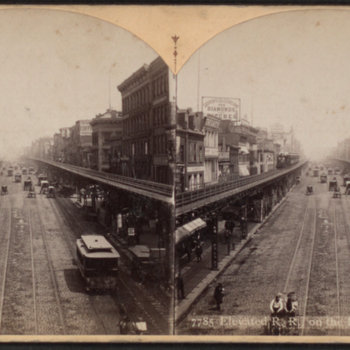 This is a wonderful inside/outside session in which the compositions, all by Daisy, range from uptempo post-Bop to more ambient explorations in texture and timbre. There’s some nice intricate interplay between the rhythm and brass, with room for each instrument to stretch out. Daisy himself is on fire; I’ve never heard him better than on this record. And Swell, who I sometimes find overly garrulous, is also in great form. And of course, what more needs to be said about Taylor Ho Bynum and John Hebert.

When I read about a digital-only release, I wonder if perhaps it’s more of a casual session, less planned than a physical release. That’s not the case with Streets In Time; this is well-rehearsed, well-recorded and I wish it had been released in a CD or vinyl version. It’s definitely worth a $5.00 investment via Relay’s Bandcamp page, for it’s one of the best new things I’ve heard this year. 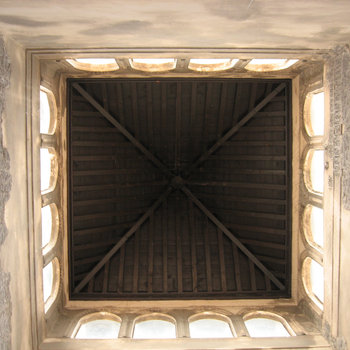 The first track threw me a little, because Daisy plays more of a “kitchen sink” style a la Lytton or Lovens than I’ve ever heard from him. Because of this, things are a little cluttered in the beginning, but soon we're into a very engaging set of improvised duets. Pfammatter, who I was not familiar with, balances traditional and prepared piano well. He occasionally brings forth a sound reminiscent of a toy piano, but no effect overstays its welcome. Again, a bargain at $5.00 for the download.
Posted by Unknown at 5:22 PM 1 comment:

I first came across Francois Houle in the late nineties with In The Vernacular (Songlines), his tribute to John Carter, and his work on Hornet’s Collage (Nuscope), a trio recording with Scott Fields and Jason Roebke. He excels in a variety of settings; his recording Genera (Songlines) was an overlooked gem of 2012.

Havard Wiik is probably best known for his work in Atomic, a group that for me has never equaled the sum of its parts, for whatever reason. However, he’s impressive in the Jimmy Giuffre-inspired Free Fall trio, and he added an interesting layer to the Vandermark 5 on The Horse Jumps and The Ship Is Gone (Not Two).

Aves, a studio recording, came about after a successful concert at the 2011 Vancouver International Jazz Festival. There’s a lot of music to digest, almost 70 minutes across 14 tracks. Houle composed five pieces, Wiik three, and five are free improvisations. The remaining track, Letter to Gyorgy L., was composed by Benoit Delbecq.

There’s a nice variety of moods on Aves, from playful to somber, and Wiik and Houle are perfectly in sync throughout. Each finishes the other’s thoughts, and you feel that you’re being included in a private conversation. One of many nice aspects to this album is the space each gives the other for individual statements during the performances. When they come back together, it heightens the richness they create. Think of a perfect Fall day, when you can feel the crispness in the air and the seasonal colors are on display. That’s the imagery this CD brought to mind, no mean feat when it’s 105 degrees outside!

Houle’s tone and articulation on the clarinet are unmatched. My one quibble is the flute sound he achieves on one track, so close to the real thing I had to check the liner notes to make sure he wasn’t doubling. While it doesn’t reduce the impact of the overall album, it’s not particularly compelling either.

Wiik is a virtual encyclopedia of post-modern jazz piano, while nicely mixing 20th century classical influences. He’s lyrical one moment, jagged and angular the next. It never comes across as pastiche, however, just appropriate to the context.

It’s a credit to both artists that the free tracks stand up versus those based on compositions, and the whole recording is a cohesive body of music. For fans of the Giuffre trio or chamber jazz in general, this is as good as it gets.
Posted by Unknown at 3:32 PM No comments: