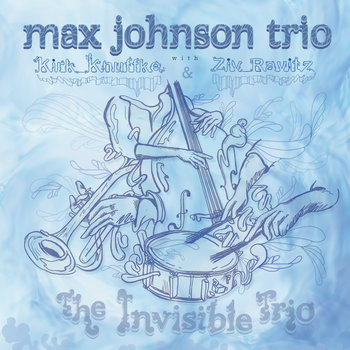 The Invisible Trio is the second release I’m aware of by this group, following 2012’s Elevated Vegetation. I’m not sure if the title is a wry commentary on the commercial prospects of the group, but Trio hopefully will go some distance towards correcting any injustice in visibility.

I like how the group lets the music unfold organically, somewhat like Other Dimensions in Music used to do, although the structure is compositionally-based, all from the pen of Johnson. There’s an appealing openness and looseness to the sound, and when things get uptempo I’m reminded of Ornette’s classic quartet (without the alto, of course) in the way the bass and drums propel things forward.

Kirk Knuffke eschews extended techniques for the most part, but doesn’t need them to express himself fully. He has an unhurried approach that suits the vibe of the group, and is an expressive improviser. Johnson’s technique is flawless, whether playing arco or pizzicato. In addition to Haden, I can also hear a little David Izenzon in his sound. Ravitz carries on a nice conversation with the other trio members with some well-placed commentary, and can turn up the heat when required.

There’s a sense that every note, every accent, counts on this record, and the excellent recording quality picks up every nuance. This unassuming album worms its way into your heart, and it’s one you’ll want to return to frequently.

You can get The Invisible Trio as a download or CD from Max Johnson’s Bandcamp site. Here's a performance clip from their appearance at Barbes in Brooklyn from early 2012:

Posted by Unknown at 8:19 PM No comments: 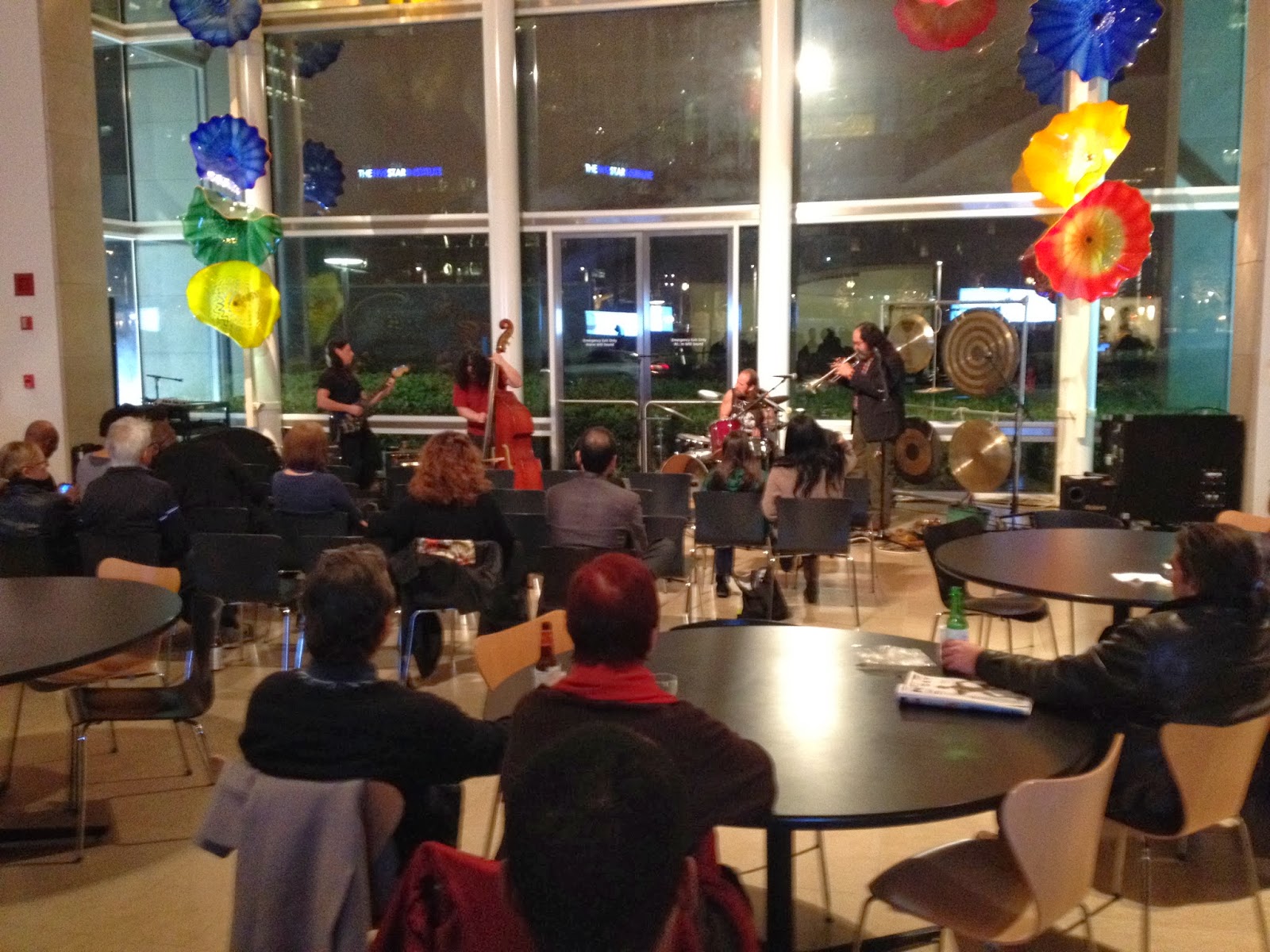 Yells At Eels played the Dallas Museum of Art last Thursday evening as part of the "Jazz in the Atrium" series. Yells is of course led by trumpeter Dennis Gonzalaz, and in addition to the core group of his sons Aaron on bass and Stefan on drums, they added guitarist Greg Prickett, who was part of Ronald Shannon Jackson's last Decoding Society group when they played the Kessler Theatre back in 2012. 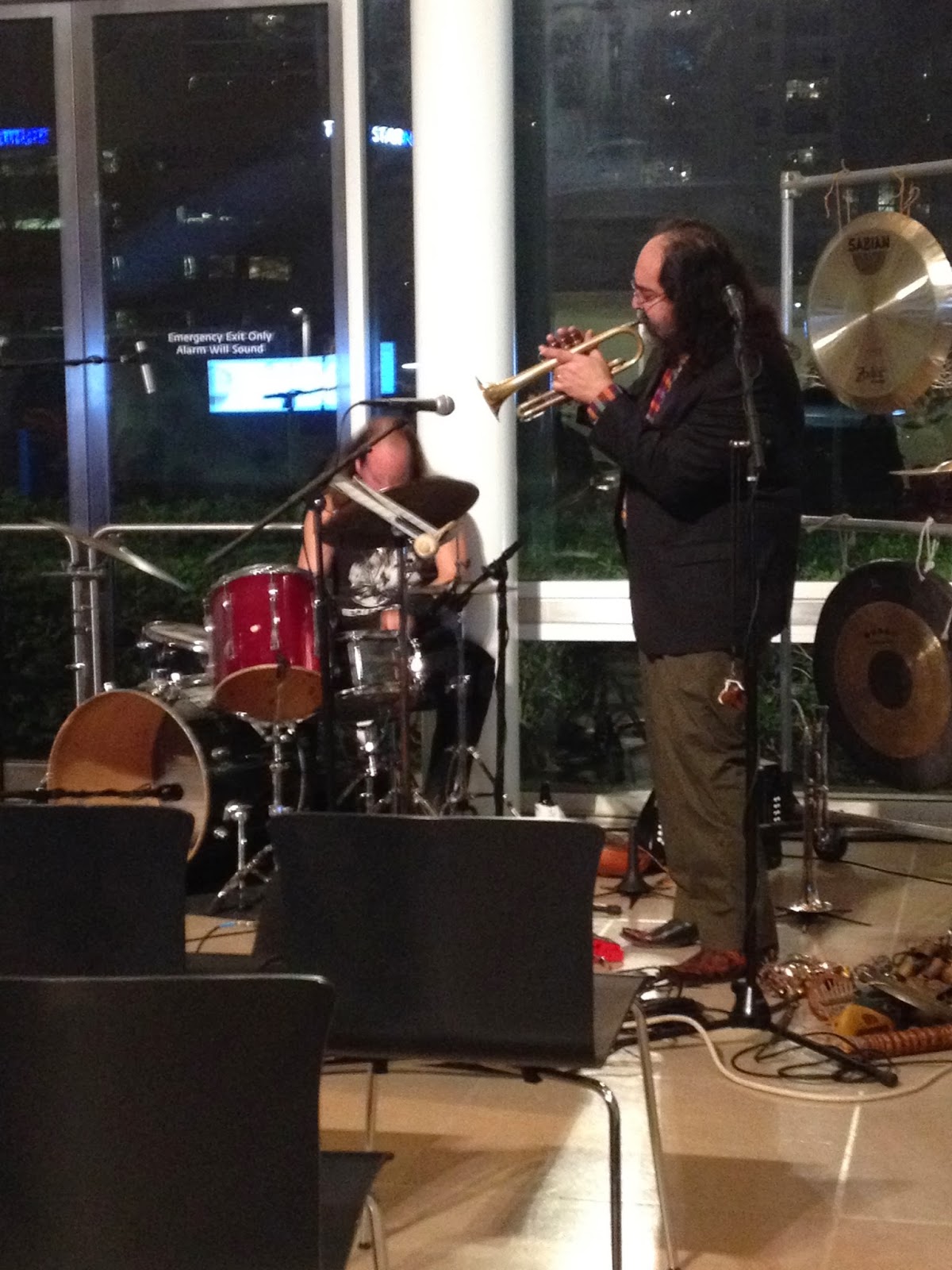 I've heard the group a couple times around town, and while I've always enjoyed them, on this night they were on fire. Dennis used a guitar effects box at various times, and while I don't normally like electronic alteration of acoustic instruments, it really ended up working well, adding some fullness and additional harmonies to the sound. Prickett played rather sparingly but added some nice textures and helped reinforce the groove when the band was in the pocket. I'd like to hear him again if he gets the chance to gel more with the group. Aaron was a blur behind the bass, working that deep dark tone that made me think of Sirone. 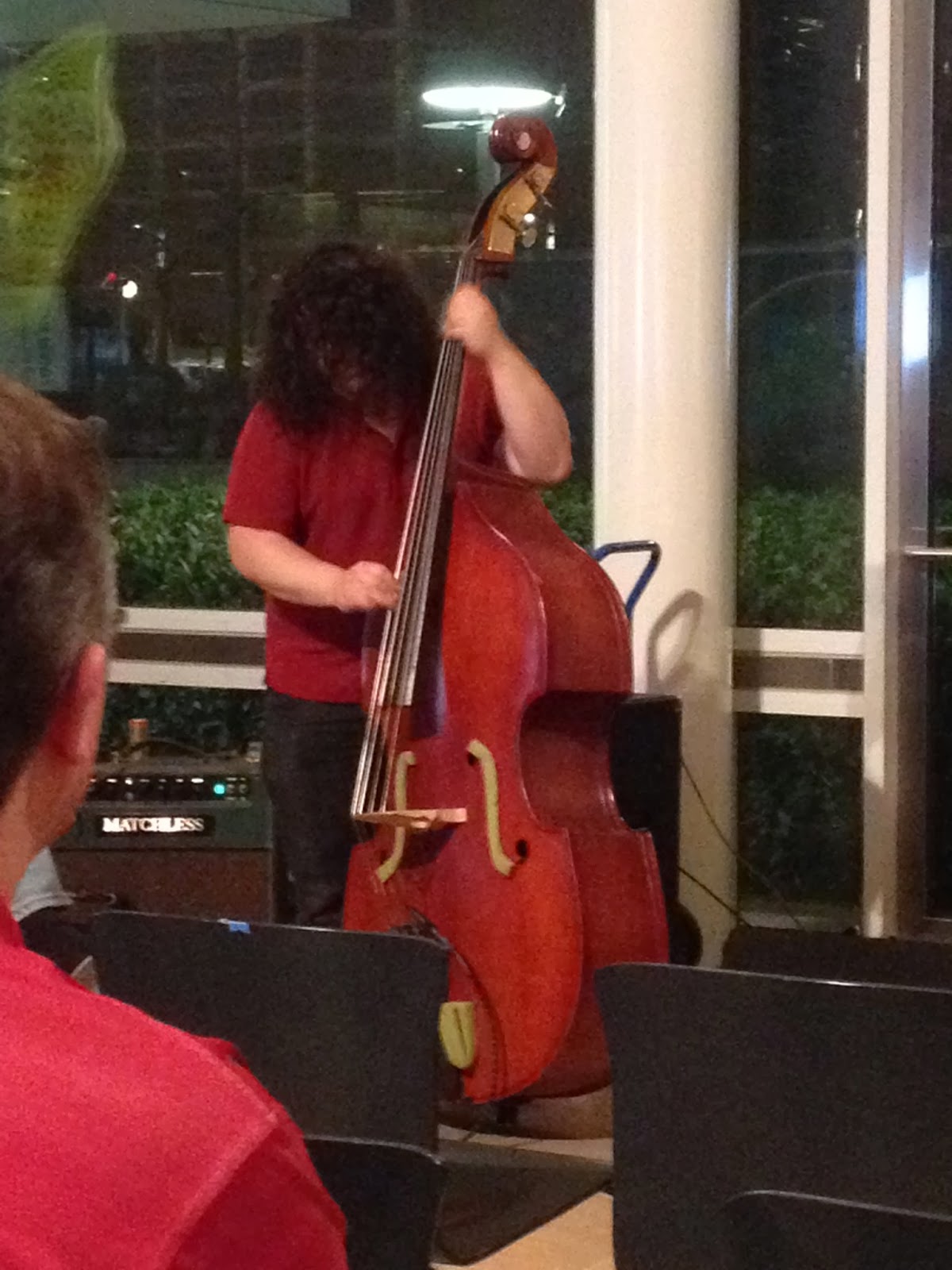 Which brings me to force of nature Stefan. He kept the heat high all night with his intensity, whipping up thunderclouds and keeping everyone on their toes. It hit me as I was sitting there that here we have the successor to Ronald Shannon Jackson. Stefan brings the intensity and attack of rock drumming, and combines it with the shifting rhythms and shadings of free jazz drumming, somewhat like Jackson but with his own style. I haven't heard anyone anywhere who sounds exactly like him, and he's already getting notice through his work with Eels as well as the Humanization Quartet. It'll be interesting to see if he wants to move to a larger stage at some point.

Posted by Unknown at 3:34 PM No comments:

I was really happy to visit Clean Feed's website today and see that 5 new releases are now available. They are:

Kris Davis Trio - Waiting for You to Grow

I'm especially interested in the Davis, Hebert and Bauder discs. While I'll surely get this latest from Ms. Davis, I'm still trying to fully absorb Capricorn Climber and Massive Threads! Hebert's trio with Benoit Delbecq and Gerald Cleaver should be a winner, and Matt Bauder's first Day in Pictures CD, also on Clean Feed, was unjustly overlooked as one of the best of that year.
Posted by Unknown at 1:13 PM No comments: 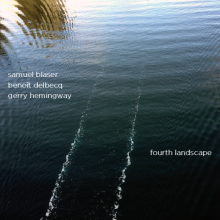 fourth landscape is an album that strikes that perfect balance between composed and improvised materials. I believe it was Coltrane who first called improvisation “spontaneous composition” and the improvisations here are so well placed within the structures created that it becomes hard to tell where one stops and the other begins. In fact, it wasn’t until my second spin of landscape that I was sure it wasn’t an entirely free improv affair.

Inspection of the cover reveals that all the pieces are, in fact, composed, four by Delbecq, four by Blaser, and three by Hemingway. Marc Chenard’s illuminating notes state that ten of the eleven selections were communicated via traditional notation on score paper. The CD cover is my only nit concerning the project, for Nuscope has gone away from their signature look that features original art, and instead used a prosaic photograph of water.

Those who have heard Delbecq’s releases on Songlines such as Circles and Calligrams and The Sixth Jump, know that he has a very unique style that utilizes some prepared piano techniques for a percussive effect, particularly in the lower register. I think that he sometimes overuses this approach, but here again the word “balance” comes into play, as he syncs up with Hemingway to establish percussion-based phrases that sound inspired by African rhythms. Elsewhere, he contributes sparkling single-note runs and even a little synthesized bass, very sparingly and tastefully, to bolster the group sound.

And what remains to be said about Samuel Blaser? There is seemingly no end to his imagination or his ability to fit in perfectly in any situation. He has flawless technique, but that technique doesn’t get in the way of his expression. You can be sure that an album he is on is one worth exploring.

fourth landscape draws you into these musicians’ world of sound and creates a space with its own internal logic. It’s a wonderful combination of composition that allows for freedom, and free playing that sounds composed. It’s a gem, and perhaps the best thing that Nuscope has ever released.
Posted by Unknown at 7:00 PM No comments:

I’ve been a big fan of HatHut and its offshoots, hatOLOGY and hat[now]ART, for years. I treasure the LPs and CDs from these endeavors of Mr. Uehlinger that I have in my collection, as everything is first rate, from the graphics to the liner notes to the sound quality to, of course, the music. Artists such as Anthony Braxton have done some of their very best work for the label.

I’ve been saddened by the reduced output of the labels over the past few years, brought on in part by their loss of sponsorship from UBS (formerly Swiss Bank). But seemingly out of the blue, eight new releases are now making their way to online retailers:

And the new hat[now]ART releases are:

The Ayler is a reissue, but the other hatOLOGYs are new. I’m especially interested in the Joe Morris, as it’s a trio with Steve Lantner, a pianist who has two fine releases of his own on the label. I’m not as up on the classical side of things, so I can’t speak for the hat[now]ARTs. Just to make things interesting, these are not all being released at the same time, but according to their website between now and April.
Posted by Unknown at 9:01 PM No comments: