Alloy is an album that draws you in with its introspective beginning, and an almost deceptive simplicity. But the four compositions Tyshawn Sorey has prepared for the listener reveal greater depths with each listen, and end up traversing a great deal of territory – from minimal gestures, to a lovely statement of a classical theme, to hip-hop rhythms, to intense lower-register excursions on the piano.

I’ve always admired the fact that Mr. Sorey’s music isn’t about the drums per se, his primary instrument, but is always in service to the composition and the group as a whole. His previous album on Pi, Oblique-I, seemed overly indebted to M-Base and was too much of a good thing – I wore out before the entire CD was finished. But on Alloy his structures support superb interaction between the trio, and I think I know which sections are composed, but I’m not sure – not that it matters in the end.

No matter how egalitarian a piano trio, it’s hard not to focus on the pianist, and Cory Smyth demands the spotlight by conjuring a remarkable range of expressiveness, from wee-hours-of-the-morning quietude to a rumbling attack that will remind one of Cecil Taylor. He can play with real economy and restraint when he chooses, without losing the thread of the narrative he’s creating. In these moments he shows a kinship with Craig Taborn’s ECM output.

If an alloy is composed of two materials such as two metals, then this Alloy is a compound with no distinct boundary between compositional and improvisational materials. In creating a new alloy, Mr. Sorey has taken his art a step further.

Posted by Unknown at 6:27 PM No comments:

One gets the sense that the Lana Trio looks at things a little differently upon inspection of the cover of Live in Japan. Sharing space with images of Japanese food and someone wearing traditional garb is a shot of fishermen on a dolphin hunt. Couple that with the name of the Norwegian label that released it, Va Fongool, an Italian phrase that translates to “Go f_____ yourself”, and things could get bumpy.

The CD, the band’s second, was recorded during a tour of Japan in the early part of this year. The concert in question took place at Jazzspot Candy in Chiba, outside Tokyo, and contains both sets in the order they were played.

Although the Lana Trio is a free improv group, it turns out things never get totally out of hand. The members of the trio traverse territory ranging from sparse, minimalist ruminations to sections of high intensity. Each of the three lengthy tracks gives the band time to cautiously set up structures and increase the heat as they proceed.

There are some really nice sections where Jerve and Wildhagen engage in intense dialog, the pianist mixing traces of Bley with some of the dissonance and lower register work of Cecil Taylor. Live in Japan is good, no-holds-barred free improv, even if some of the “lower case” stuff doesn’t work as much for me.

Mostly Other People Do the Killing - Blue

I haven’t had the time or the energy to closely follow the debate about MOPDK’s Kind of Blue recreation that’s been raging online. Bassist Damon Smith’s Facebook post favoriting Jimmy Cobb over Kevin Shea has so far generated over 1,200 comments, and over at Organissimo, a post about Blue has resulted in almost 4,700 views. I can’t recall such heated debate about a jazz-related topic since the days of Wynton’s ascendency as the de facto spokesperson for “jazz” in the eyes of the unwashed.

When I heard about the project, I thought it was probably one of the following:
Whatever the band’s original intent, they have certainly succeeded at #3. I frankly don’t care how well the band “succeeded” at the project; by definition it will be different, no matter how hard they tried to ape the original. In a weird way, I admire their resolve, because it’s one thing to say, “Hey, let’s practice and record as close a copy of Kind of Blue as we can” and another to actually go do it.

One unexpected side effect of listing to MOPDK’s version is it made me want to go back and listen to the original, something I hadn’t done in years. I bookmarked certain passages in my brain, interested in how Miles and his band had played them. So if nothing else, perhaps MOPDK has done us a service, by causing us to focus again on the genius of that group in that time, and making us realize that, as in all things, time marches on and so must the music some of us still like to call Jazz.
Posted by Unknown at 5:50 PM 4 comments: 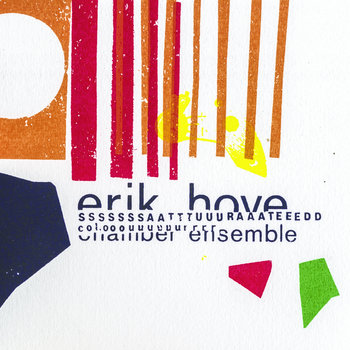