I like albums that take you somewhere, a journey, maybe to somewhere inside of yourself, or perhaps bringing back flashes of memories. This is what happens when I listen to Vista Accumulation, pianist Matt Mitchell’s new 2 CD set on Pi.

I was skeptical when I first heard about this project, primarily because two CD’s worth of material is ambitious for an artist I perceived as relatively new on the scene. However, Mitchell is 40 and has been featured on Tim Berne’s three ECM albums as well as with Dave Douglas’ quintet. I was also curious, because Mitchell fits in with so many diverse situations I wasn’t sure what I’d hear.

Vista Accumulation manages to sustain a mood and thematic unity over the course of 95 minutes, without exhausting the underlying ideas. His approach is an intriguing mix of impressionism and modern classical, and frankly there’s nothing overtly “jazzy” in his approach to his eight compositions. Lines unfold in an unhurried way, and the mostly medium tempos give the group time to explore the material, with Chris Speed’s clarinet a highlight. Chris Tordini and Dan Weiss create subtle, shifting patterns underneath, ripples spreading across the music.

Perhaps it’s fitting that I’m absorbing Vista as the seasons change from summer to fall. I can see the flashes of dark gold and amber, mixed in with dark greens and browns. It’s a story that is yet to fully unfold, and I’m ready for the next chapter.

Bonus: For an unintentionally amusing review of Vista Accumulation, go here.
Posted by Unknown at 10:47 AM No comments: 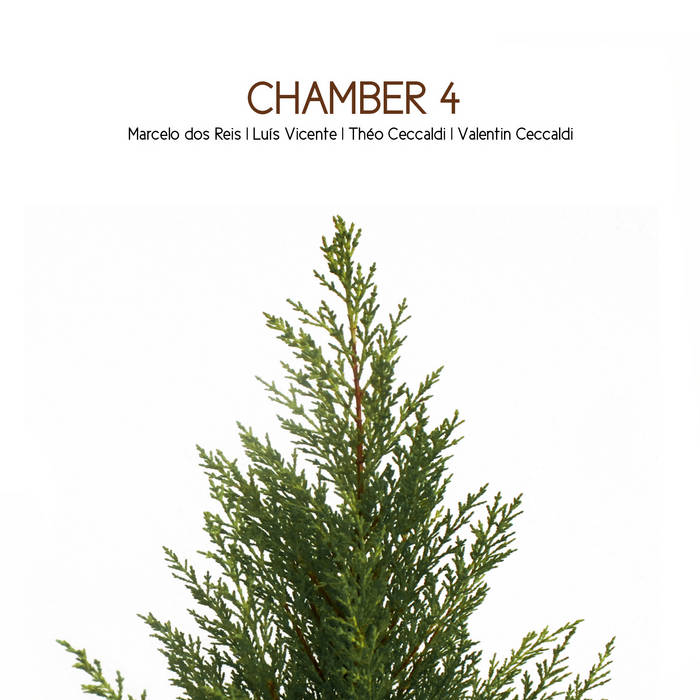 Opacity represents a change of pace from what I’ve heard of Portuguese trumpeter Luis Vicente, who has emerged over the past couple of years as a strong player, with Clocks and Clouds from 2014 one example that has garnered very positive reviews, including one from this blog. For this record Vicente teams up for the second time with Finland-born electronics artist Jari Marjamaki, the two having collaborated previously on Alternate Translations (Mimi Records, 2013). Contributions from either guitar or cello are also featured on six of the seven tracks.

The combination of trumpet with electronic textures immediately brings to mind those who have explored this area before, particularly Jon Hassell and Nils Petter Molvaer. Parts of Opacity have that Hassell/Molvaer/Ambient vibe you’d expect, but overall Vicente and Marjamaki do a good job subverting the genre by adding grit via the electronics and especially Vicente’s trumpet. It’s a tribute to the strength of Vicente’s conception that he for the most part avoids the two ditches that line this road: sounding bland and generic on the one hand, or like a straight-up Miles clone on the other.

Both musicians throw in enough variations in texture, tempo and rhythm to keep things interesting. Overall, Opacity conjures up frozen, forbidding landscapes, perfect for listening on a day in which winter will not yet give up its grip to spring.
Posted by Unknown at 5:09 PM No comments:

I tend to look at guitar groups in the area I’ll loosely describe as free jazz with suspicion. Too often it seems there’s latent heavy metal tendencies lurking in the background, looking for the moment to make themselves known with some inopportune “shredding”.

Still, the premise of the Swedish group GuitCussion is intriguing. Consisting of two guitarists and two drummers, the group wants to create a powerful form of free music in a non-idiomatic fashion. Whether GuitCussion fulfills the non-idiomatic part of the equation is open to debate, but ultimately beside the point, because they create some interesting atmospheres and textures on Blue Congo. Parts of it sound like what would have happened if Larry Coryell had played with Tony Oxley back in ’75 instead of Alphonse Mouzon, and the band can bring the heat when it wants to, as on the track Broken View.

Blue Congo is an embarrassment of riches, with over 70 minutes of music, and I could have been just as happy with a little editing. But that’s a minor quibble. It seems that fans of free improv are frequently also fans of bands like King Crimson. I think those folks will like this a lot, as to my ears they successfully bridge both genres.

Posted by Unknown at 8:38 PM No comments:

Astral Spirits is a neat little Austin-based label whose releases are in cassette tape format with digital download in editions of 100 - 150. They’re fun to collect, because the simple graphics are appealing and the format is such a throwback. Part of the fun is finding something to play them on; I broke out my old boombox to give them a spin!

As unpretentious as the label appears, Nate Cross of Astral Spirits (a part of Monofonus Press) is dedicated to releasing serious, challenging music. The first two releases were John Dikeman’s The Double Trio and Hexane by Icepick (Nate Wooley, Ingebrigt Haker-Flaten, Chris Corsano). I believe the Dikeman is already out-of-print, but Hexane has been reissued in a different colored cassette. These were followed by Ballister’s The Ballister Monologues, Upés by Broken Trap Ensemble, and Stepped Stoned, a solo effort by drummer Will Guthrie.

It will be interesting to see where the label goes, because one can already detect a movement away from the free jazz nature of the initial releases. Certainly Ballister fits within that description, but the links grow more tenuous with the skewed chamber music of Broken Trap Ensemble, and the previews on Astral Spirit’s Facebook page of their February 10 releases are of the avant-pop of Tredici Bacci and a minimalist composition by percussionist Nick Hennies.
Posted by Unknown at 8:40 PM No comments: