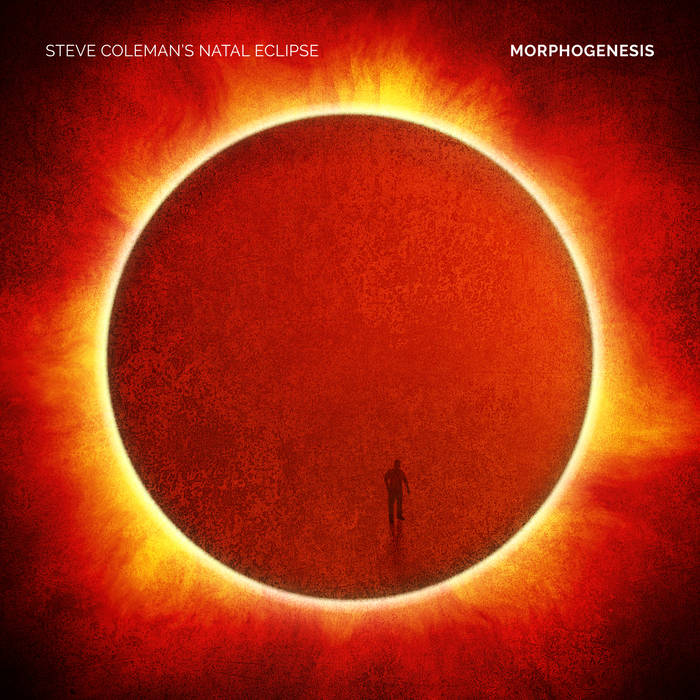 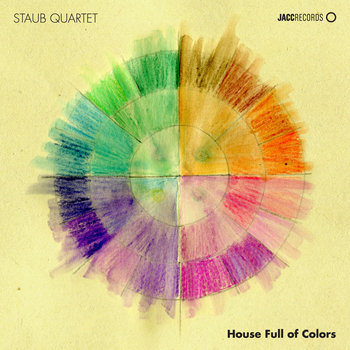 The musicians who make up the collective known as the Staub Quartet are part of a vital Portuguese improvised music scene and have been featured in many combinations. Hernani Faustino is part of the amazing RED Trio, while Miguel Mira is one-third of the Motion Trio with Rodrigo Amado and Gabriel Ferrandini. Marcelo dos Reis is one of the principals of Cipsela Records, which has a small yet distinguished output, including a solo album from Zingaro.

The six tracks comprising House Full of Colors are fully improvised, and I actually approached this with some initial hesitancy. There are a lot of free improv recordings getting released these days, and I find myself with less of an appetite for abstract explorations of timbre and texture, with seeming little interest in forward momentum.

Given the quality of the musicians in the Staub Quartet, I should have expected that they would provide something of value, and they do. The members are adept at moving in one direction and supporting each other, so the music seems to have a composed element to it. dos Reis occasionally introduces repeating figures from his guitar, giving those tracks a unique blend of chamber music with an almost folk influence.

There continues to be a lot of quality jazz and jazz-influenced music coming from Portugal, and House Full of Colors is a worthy addition. 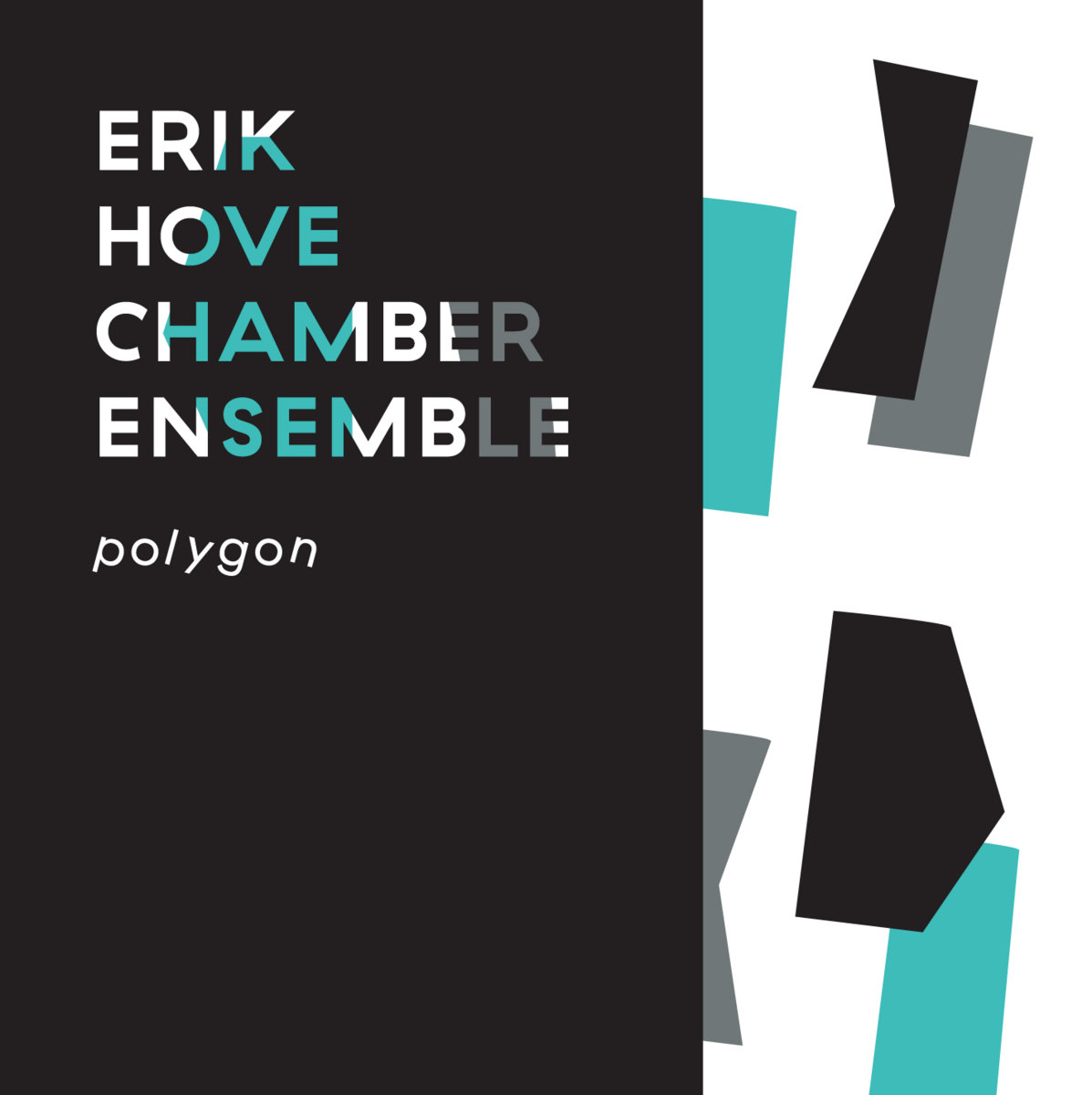 Polygon is the follow up to Hove’s 2014 release, Saturated Colour, featuring some of the same musicians, such as fellow Canadian saxophonist Anna Webber.

As Hove explains: “This album builds on the sounds and concepts of … Saturated Colour. The goal in writing was to expand upon ideas already in play, in addition to adding a layer of electronics to many of the tracks in order to fuse the timbres and broaden the sonic palette of the ensemble.”

Polygon is aptly titled, as tracks such as Tessellation and Tetrahedron display a mathematical rigor and a decidedly serial bent. What’s nice is that Hove will break up patterns by shifting to looser rhythms and juxtaposing a solo voice versus the ensemble, albeit in a more structured way than a traditional jazz ensemble.

The introduction of electronic effects, particularly on Tetrahedron, proves effective and marks the biggest difference between Polygon and Colour. I hope Hove delves more deeply into this area on future releases.

Fans of Anthony Braxon’s music for mid-sized ensembles will find a lot to like here.
Posted by Unknown at 2:29 PM 1 comment:

Harris Eisenstadt is one of my favorite contemporary Jazz composers. His series of Canada Day quintet albums on Songlines represent a sustained high level of composing and playing, mixing the adventurous with a sense of melody that in a just world could attract a broader audience.

Eisenstadt has featured larger groups as well, most recently on Canada Day Octet from 2012. Recent Developments has more of a chamber music sound, in spite of the fact the album includes a rhythm section of drums and acoustic bass. The album is a little deceptive; it has a light, even slight, feel to it at first. Listen further and more intricacies reveal themselves. The musicians on the record are a who’s who of today’s forward thinking jazz-related players. The ensemble sound takes precedence on Recent Developments, with the banjo of Brandon Seabrook providing an interesting and unusual textural twist.
Posted by Unknown at 8:05 PM No comments:

Trickster is an apt name, as what at first seems like a quiet, unassuming recording turns into an unexpected delight with further investigation. Okazaki has accomplished a difficult feat: Making a record that is both adventurous and accessible.

Okazaki and his group take Steve Coleman’s M-Base concepts and apply their own interpretation, one which encompasses complex rhythms married to compositions with attractive melodies, even hints of the blues and boogie-woogie.

Okazaki has a quiet style that fits the music perfectly, and Craig Taborn does his usual fantastic job of fitting into a group concept and bringing his point of view. Tidd and Rickman are less well known to me, but provide sure-handed support in support of the mood of each piece.

Miles Okazaki has taken a huge leap forward in his evolution as an artist with Trickster.
Posted by Unknown at 6:44 AM No comments:

The Wild is a new album of duets by saxophonist Rich Halley and his son Carson. I’ve seen the elder Halley’s name around, but have never heard him up to now. The album is divided into 10 tracks, ranging roughly from 4 to 8 minutes each, and the feel is free, even though there are some pre-determined melodies used as springboards to improvisation.

The album feels like a throwback, to a time when free improv, at least on this side of the pond, was more closely tied to the jazz tradition. The sax and drums format call to mind the classic Interstellar Space, and Halley is clearly influenced by Coltrane. He has enough of his own voice, though, contrasting sections of overblowing with lyrical phrasing, showing a tender side on occasion. In fact, it’s in these more reflective moments that I feel I’m more connected to his music, something I’ve observed with other artists who bring a lot of energy to their playing. Sometimes the conversation between musicians seems to be more nuanced at more relaxed moments.

What I like about this record is the performances unfold organically and at their own pace, with a variety of moods and tempos. Carson mixes up his approach between fixed tempos with a slight rock feel and totally free drumming. The length of the tracks means that, with a couple of exceptions, the Halley’s maintain a good level of focus and a sense of moving things forward, again linking to the jazz tradition.
Posted by Unknown at 8:18 PM No comments:

Of Satoko Fujii’s five orchestras (Tokyo, Nagoya, Kobe, New York and Berlin), Orchestra Tokyo might display the best balance between composition and improvisation. Whereas Orchestra New York, in particular, has leaned heavily in the direction of showcasing individual talent, perhaps because of the collection of all-stars she has in her band, Orchestra Tokyo provides some compelling evidence why Ms. Fujii has been called “the Ellington of the avant-garde.”

Knowing this, I listened to the opening of 2014, the lengthy first track on the album, with some growing trepidation as a trumpet (Tamura I believe) led off with an exploration of extended techniques that eventually wore out its welcome. However, at about the ten-minute mark, things really got underway and from there the listener is treated to an experience that continually shifts between composed sections and improvised ones, with varying degrees of dark and light. Christian Pruvost and Peter Orins, members of her small group Kaze, are on board for this album and they integrate seamlessly.

Peace is dedicated to the late Kelly Churko, the guitarist associated with the noise genre and who played on Orchestra Tokyo’s previous release, Zakopane. Throughout the album you hear sadness, anguish, anger and some grudging hope. Peace resolves with the closing Beguine Nummer Eins, which mixes majesty with folk-like simplicity, resulting in a melody that will stay with you. Not quite peace, but at least a sense of hopeful resignation.
Posted by Unknown at 6:12 PM No comments:

Invisible Hand, surprisingly, is Satoko Fujii’s first live solo recording, although you wouldn’t know from the pristine sound and edited applause. There’s not even a glass clink or cough to be heard. The inaugural release from clubowner Teruhiko Ito’s Cortez Sound label, Invisible Hand is a major milestone for Ms. Fujii, who has only released three solo albums previous to this.

The first CD of the two CD set was completely improvised, while the second features her compositions, and it’s a credit to her compositional and organizing skills that the difference is not readily apparent. Ms. Fujii covers a lot of stylistic ground, from playing inside the piano to allusions to stride to a percussive prepared piano on Floating that reminded me of Benoit Delbecq. You can still hear a little of Paul Bley’s influence, Ms. Fujii’s mentor, perhaps because of his passing only three months prior to this concert, although that's purely a guess.

Gen Himmel (Libra), her previous solo album from 2012, was generally a restrained affair with twelve mostly shorter tracks. Invisible Hand, however, features longer performances, some with suite-like structures of distinct parts. There are turbulent moments on Invisible Hand, but overall you come away with a sense of peace. You could almost call it avant-garde meditation music.

The composition Gen Himmel, featured on both albums, serves as a useful comparison. On the album of the same name, the composition is tinged with foreboding, as Ms. Fujii creates some eerie textures by playing inside the piano. Here, Gen Himmel is striking in its directness, its plain emotion, evoking a sense of yearning and reflection. It’s so beautiful it will break your heart, and it’s a fitting ending to a complex journey.
Posted by Unknown at 5:08 PM No comments: