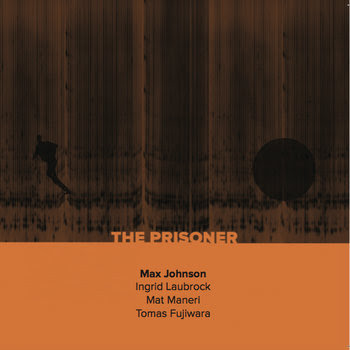 I’ve never watched The Prisoner, the 1967-68 British TV series that starred Patrick McGoohan as a secret agent help captive by a mysterious organization, but I know it has reached iconic status over the years. Bassist Max Johnson, who recently released the excellent The Invisible Trio, has composed a tribute to the series that plays as an extended suite.

It begins slowly, almost hesitantly, as if in a fog, with long tones from the bass and viola. Then Ingrid Laubrock sounds a siren, or perhaps a clarion call, and the first theme of the album emerges.

The rest of The Prisoner alternates between composed and improvised sections, but even in the freer passages there’s always something anchoring the music - a rhythm, a bass line, a repeating figure - that provides some structure but doesn’t sacrifice the feeling that the musicians generate. There are some exciting passages where free-form explorations suddenly transition into theme statements with a swinging pulse, and then take a right turn in another direction. You never know what’s coming next, which from what little I know of the plot of the show is probably what is intended.

This is a record that you can listen to one or twice and enjoy, but as you dig deeper more layers reveal themselves. Johnson constructs some interesting textures with just four instruments, and as you might expect everyone is stellar. Ingrid Laubrock can wax lyrically, reminding me of Mark Turner in spots, and then go totally abstract, utilizing extended techniques. Mat Maneri might be the most immediately recognizable string player around, and he and Johnson create a dense thicket of sound, possibly mirroring the confusion and uncertainty that plagued McGoohan’s character Number 6. Tomas Fujiwara has never been better, accenting the music perfectly and providing plenty of drive.

As I listen to The Prisoner, I get the feeling that the music is programmatic, tracking certain developments in the plot that I wish I knew. That’s one indication that The Prisoner is a success; the other is that the music stands on its own as a fascinating glimpse into the musical mind of one Max Johnson.

Here's a video of the group playing this material live back in 2013: